Compare and contrast essays are academic papers in which a student analyses two or more subjects with each other. To compare means to explore similarities between subjects, while to contrast means to look at their differences. Both subjects of the comparison are usually in the same category, although they have their differences. For example, it can be two movies, two universities, two cars etc.

Good compare and contrast papers focus on a central point, explaining the importance and implications of this analysis. A compare and contrast essay thesis must make a meaningful comparison. Find the central theme of your essay and do some brainstorming for your thesis.

This type of essay is very common among college and university students. Professors challenge their students to use their analytical and comparative skills and pay close attention to the subjects of their comparisons. This type of essay exercises observance and analysis, helps to establish a frame of reference, and makes meaningful arguments about a subject.

Video Guide on How to Write a Compare and Contrast Essay

Finding the Best Compare and Contrast Essay Topics For You

When choosing a topic for your essay, remember that subjects cannot be drastically different, because there would be little to no points of comparison (similarities). The same goes for too many similarities, which will result in poor contrasts. For example, it is better to write about two composers, rather than a composer and a singer.

It is extremely important to choose a topic you are passionate about. You never want to come across something that seems dull and uninspiring for you. Here are some excellent ways to brainstorm for a topic:

Some interesting ideas to consider:

Looking to steal a topic from us? Here are 150 great compare and contrast essay topics for your help

How to Start a Compare and Contrast Essay: Brainstorm Similarities and Differences

When you are set with your topic, the first thing you should do is grab a piece of paper and make a list with two columns: similarities and differences. Jot down key things first, the most striking ones. Then try to look at the subjects from a different angle, incorporate your imagination.

If you are more of a visual learner, creating a Venn diagram might be a good idea. In order to create it, draw two circles that overlap. In the section where it overlaps, note similarities. Differences should be written in the part of circle that does not overlap.

Let’s look at a simple example. Let one of the subjects be oranges, and the other one be apples. Oranges have thick peel, originally from India, and are tropical fruit. These characteristics pertain only to oranges and should be in the part of the circle that does not overlap. For the same section on apples, we put thin peel, originated in Turkey or Kazakhstan, and moderate to subtropical. In the section that overlaps, let’s put that they are both fruit, can be juiced, and grow on trees. This simple, yet good example illustrates how the same concept can be applied to many other complicated topics with additional points of comparison and contrast.

This format of visual aid helps to organize similarities and differences and make them easier to perceive. Your diagram will give you a clear idea of the things you can write about.

Got stuck while writing your paper? Leave it to professionals of our reliable paper writing service.

While using the block structure, all the information is presented for the first subject, and its characteristics and specific details are explained. This concludes one block. The second block takes the same approach as the first for the second subject.

The point-by-point structure lists each similarity and difference simultaneously—making notes of both subjects. For example, you can list a characteristic specific to one subject, followed by its similarity or difference to the other subject.

Both formats have their pros and cons. The block method is clearly easier to write, as you simply point out all of the information about the two subjects, and basically leave it to the reader to do the comparison. The point-by-point format requires you to analyze the points yourself while making similarities and differences more explicit to the reader for them to be easier to understand. Here is a detailed structure of each type presented below.

Example thesis:
Cars and motorcycles make for excellent means of transportation, but a good choice depends on the person’s lifestyle, finances, and the city they live in.

Example thesis:
Cars and motorcycles make for excellent means of transportation, but a good choice depends on the person’s lifestyle, finances, and the city they live in.

Body Paragraph 3
Use the last paragraph to evaluate the comparisons and explain why they’re essential. Giving a lot of facts can be intense. To water it down, try to give the reader any real-life applications of these facts.

Depending on the structure selected, you can begin to create an outline for your essay. The typical structure for any essay follows the format of having an introduction, three body paragraphs, and a conclusion — though, if you need to focus on each subject in more detailed ways, feel free to include an extra paragraph to cover all of the most important points.

To make your compare and contrast essay flow better, we recommend using special transition words and phrases. They will add variety and improve your paper overall.

For the section where you compare two subjects, you can include any of the following words: similarly, likewise, also, both, just like, similar to, the same as, alike, or to compare to. When contrasting two subjects, use: in contrast, in comparison, by comparison, on the other hand, while, whereas, but, to differ from, dissimilar to, or unlike.

Arguments for any essay, including compare and contrast essays, need to be supported by sufficient evidence. Make good use of your personal experiences, books, scholarly articles, magazine and newspaper articles, movies, or anything that will make your argument sound credible. For example, in your essay, if you were to compare attending college on campus vs. distance-based learning, you could include your personal experiences of being a student, and how often students show up to class on a daily basis. You could also talk about your experience taking online classes, which makes your argument about online classes credible as well.

Now that you know everything there is to know about compare and contrast essays, let’s take a look at some examples to get you started on your paper.

1. Comparison Between the United Kingdom and China

Different countries across the world have diverse cultural practices, and this has an effect on work relationships and development. Geert Hofstede came up with a structured way of comparing cultural dimensions of different countries. The theory explains the impacts of a community’s culture on the values of the community members, and the way these values relate to their behaviors. He gives scores as a way to help distinguish people from different nations using the following dimensions: long-term orientation, individualism, power distance, indulgence, necessity avoidance, and masculinity. Let us examine comparisons between two countries: the United Kingdom and China — based on Hofstede’s Six Dimensions of Culture.

Still feeling confused about the complexities of the compare and contrast essay? Feel free to contact our "write my essay" service to get a professional writing help. 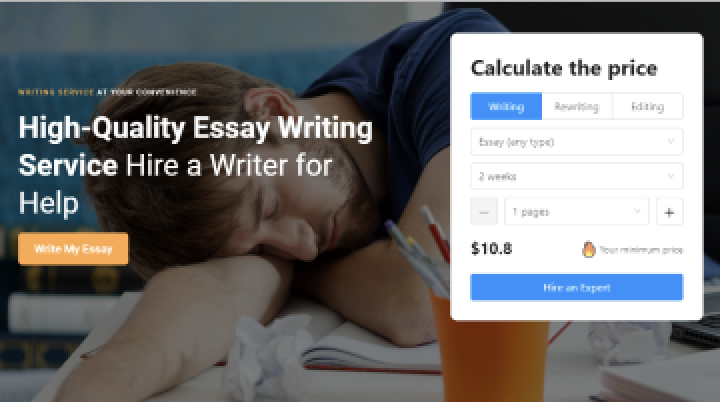 How to Write
Essay Topics

Click here to see how our academic service helps college students all around the world with various types of assignments!

We have tested thousands of candidates to present you with the best writers available. Click here to meet them!

Learn the simple process of getting yourself a well-written custom essay! Visit EssayPro for a step-by-step guide!

Get The Latest News From EssayPro