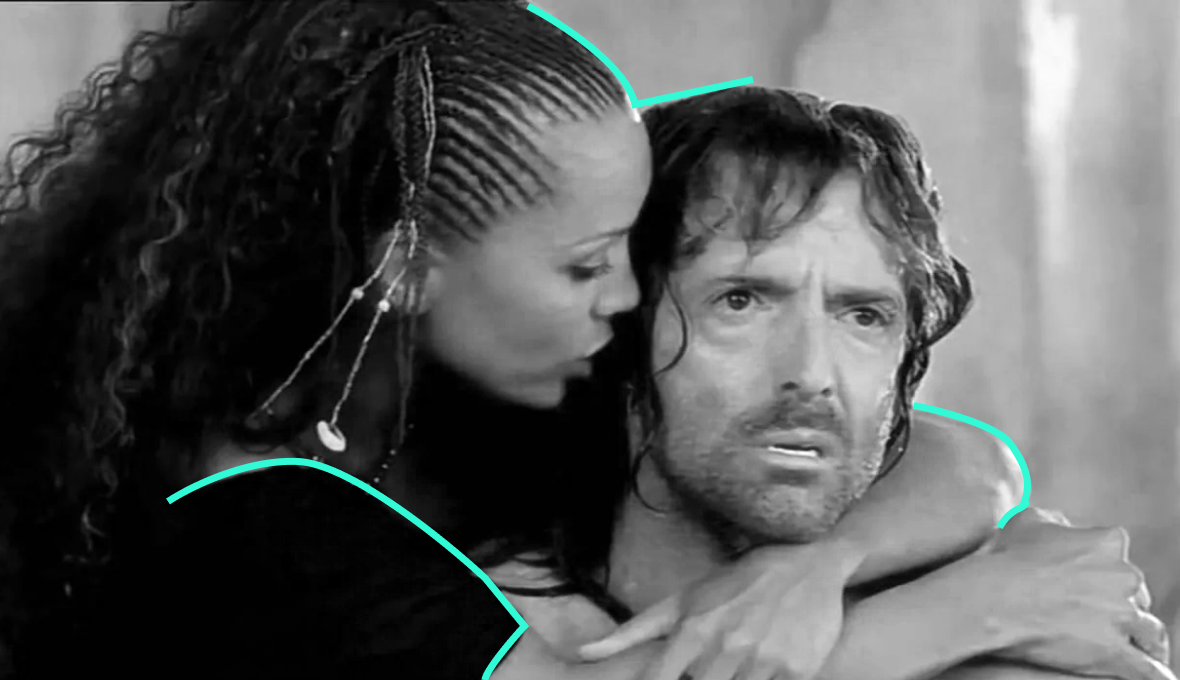 Undeniably, the Odyssey is a great masterpiece of Greek mythology that everybody can read now in the English language. Via the Iliad and the Odyssey, Homer tells a heroic story of ancient Greeks during and past the Trojan war. Both written works appear quite massive. For this reason, the Odyssey Homer summary here will help analyze this novel. Thanks to Homer, the Odyssey became an exceptional study guide on Greek mythology for many generations.

One crucial fact about the Odyssey summary is that events in this literary piece unfold after the battle in Troy. Homer’s Odyssey contains two major plotlines:

While Odysseus meets various gods and monsters while traveling, everybody in his homeland thinks that he perished in Troy. This novel starts with the protagonist’s wife Penelope, son Telemachus, and father Laertes grieving in Ithaca. Furthermore, numerous suitors make attempts to improve their social status by marrying the king’s wife.

Suddenly, the protagonist’s son receives help from Athena herself, who is the goddess and daughter of Zeus. She tells Telemachus to seek the truth about his father first in Pylos, then in Sparta. With the hope of saving the mother and their kingdom, the young boy secretly leaves.

Meanwhile, the sea washes a boat ashore. The land turns out to be Calypso's island. Although Calypso held captive the whole crew, the nymph is willing to set Odysseus free after seven years as soon as Zeus together with all gods agrees to release him. In the fifth book, the protagonist describes his previous adventures, which led to the current state of things.

Don’t Know WHERE TO START?

Ask our pros for help. Send us a message “write my essay” and we’ll assist you in writing essay for you.

Another thing you need to know from the Odyssey summary is that a major piece of the novel unfolds in retrospect. Odysseus and fellow travelers managed to survive multiple dangerous situations. First, they escaped from Lotus-eaters, whose food could make the travelers stay there forever. Next, the sailors faced Cyclops - deadly one-eyed creatures. By blinding one Cyclops, Odysseus enraged Poseidon, who created this monster. During the journey, Poseidon constantly attempts to avenge his creation.

Upon escaping the cyclops, the sailors met another god, Aeolus. Instead of helping them, the trickster made them aimlessly sail in the endless waters. After this exhausting journey, the adventurers fought cannibals and met Circe, the enchantress. The witch goddess transformed sailors into swine for one long year, only leaving Odyssey in his human body.

A final segment of the Odyssey summary should discuss how Odysseus managed to get to Ithaca eventually. The protagonist hides his true identity and wins the archery competition with multiple contenders for the throne. The victory allows Odysseus to join the family again and join Telemachus to kill the suitors. Finally, justice prevailed for Odysseus after twenty years.

Through the creation of the Iliad and the Odyssey Homer changed western literature forever. Even though the experts find it hard to date the work and prove the authorship, they still can thoroughly examine the text. Whether you need to write essay on an epic work or want to know the subject better, Odyssey analysis can help you. Here is an example of the Odyssey analysis essay.

In general, the stories glorifying warriors on their way home were popular in Ancient Greece. Thanks to the talent and hard work of Homer the Odyssey stood out, leaving a footprint on world heritage. The ancient Greek poet came up with the Odyssey as a sequel to the earlier massive creation, the Iliad. It depicts the Trojan war period, while the Odyssey covers the post-war events. Although the novels differ, there is a deep interconnection between them. For this reason, any Odyssey analysis essay must cover both legendary creations.

For Homer, the Odyssey became an opportunity to explore the theme of returning home. Instead of battle wrath, characters experience homesickness. The feeling intensifies with all the obstacles between them and Ithaca island. Luckily for his sailors, Odysseus possesses multiple positive personality traits which allow them to avoid tragedy at all times. King Odysseus is:

“He knoweth all manner of craft and cunning devices,” the author describes him. The hero can boast a winning combination of traits. However, the protagonist suffers from his pride, which infuriates Poseidon and makes it harder for Odysseus to reach the destination.

To summarize this Odyssey analysis essay, the masterpiece brings up a range of serious topics. The Odyssey analysis shows that with effort, even a mortal can survive an encounter with celestials. If you need a better understanding of ancient literature, order an essay to make things easier.

The process of getting familiar with Homer’s novel is impossible without the Odyssey character analysis. Each figure plays an essential role in developing the plot. For instance, what does the Cyclops represent in the novel? An expert would say that this monster stands for narrow-mindedness or refusal to think of consequences. The following brief Odyssey character analysis discusses other figures from work.

In the Iliad and the Odyssey, Homer made Odysseus the protagonist, so he should be first in the Odyssey character analysis. Despite being just a human, he constantly proves his strength and smarts. Many consider him a heroic figure, though he fits the definition of an anti-hero better. This man is sly, and he manages to outsmart even the immortals.

Odysseus’s wife Penelope is another crucial figure in the novel. The woman stays loyal to her spouse, even though he is most likely dead. The wife constantly demonstrates her wit by fighting off a hundred suitors who want to get political power. She plays for time and secretly hopes that her husband stays alive.

This goddess always supports Odysseus when he travels. She favors the protagonist and helps him in the long adventures. Athena plays an essential role in assisting the king in reaching his kingdom and family.

Telemachus is a teenage boy, whose father is Odysseus. This young man barely remembers his father and experiences humiliation from the suitors who taunt his mother. While protecting Ithaca from unworthy contenders for the throne, Telemachus attempts to find out what truly happened to his father after he fought in Troy.

The novel contains other names. The sailors meet gods, including Zeus, Poseidon, and Aeolus. The novel portrays other fantastic beings like nymph Calypso and Circe. Among humans, the author mentions king Nestor, the suitors of Penelope, and Menelaus.

What are the 5 Themes of the Odyssey?

It is important to realize that Odysseus' story covers so many topics that distinguishing just one is almost impossible. Some could argue that the key message in the story is perseverance, while the others highlight honor. The king of Ithaca had to show all these qualities to return home.

Odysseus wasn’t a god, but he boasted great mental strength. The countless victories are a sign of his exceptional abilities. This man survived the Trojan war, then experienced the revenge of Poseidon. Moreover, he escaped the island of Ogygia and Calypso, who held his whole crew captive. Of course, Athena supported Odysseus, but his persistence to return home looks outstanding.

Free Will, Fate, and the Gods

The first topic the story touches on covers influential forces in human life. Does a god from Mount Olympus shape your existence, or can you change your destiny through actions? Maybe Athena is just a muse for the protagonist rather than a savior.

The next topic in the novel connects to customs, ethics, and rituals. All over the Odyssey, especially in the first four books, readers see how breaking or bending the rules changes the story.

The third topic covers remembering loved ones, no matter what happens. A son remembers his father, and a man mourns for his dead friend. The novel shows that such feelings appear noble, unlike hunger or thirst.

Glory, which comes from winning a battle, and honor, which comes from correct behavior, are major themes in the poem. Main figures have a mentality that helps them make the right decisions. Sometimes, even killing an enemy is noble if it means avenging a friend.

What are the Symbols in the Odyssey?

Symbols make up a significant part of the story about Odysseus. Whether they are larger or smaller, they all create epic poetry together with other literary devices. Here are some major symbols from the Odyssey.

What do the pair of eagles symbolize in this literary work? These aggressive birds sent by Zeus were a sign that represents the murder of suitors, which ends Penelope’s suitors' plot. Odysseus and Telemachus finally kill those who wanted to become the rulers on the island.

The story begins, continues, and ends with the changing portrayals of a sea. The body of water was a reflection of human life in all its aspects. The sea can be both calm or stormy, just like a person’s existence.

In Homer’s Odyssey, a bow stands for power, both physical and political. Since only the king is strong enough to string it easily, it becomes a sign that only he can rule his island. Other men fail this test, proving their inability to become country leaders.

The protagonist’s pet illustrates the stability of the master’s own household together with his family’s loyalty. When Odysseus finished his adventures, Argos was barely alive. Eventually, the dog died only upon meeting the master again.

After surviving Calypso’s island, Cyclops cave, and obstacles from all the gods, there remains one final mission. The protagonist’s last journey to the country where citizens knew nothing about the sea was also a symbol. The poet wanted to showcase the heartache of losses the traveler wanted to forget.

One more crucial symbol in the ancient novel was the bed. The furniture was stable and unchanging, like the marriage of Penelope and Odysseus. Just like nobody could move it, no man could convince Penelope to cheat.

The ancient literary work tremendously affects modern culture. To popularize the novel, several countries decided to make the Odyssey film adaptation in the English language, which appeared on screens in 1997. In the story of film an Odyssey interpretation has little in common with the original literary piece. The director described his movie as a fantasy, which incorporated and changed some elements from the Odyssey.

In brief, the summary analysis, the examination of characters, and the symbolism of the novel demonstrate its depth. The author brings up loyalty, courage, honor, and friendship which remain topical in the modern world. Even thousands of years later, people can relate to the issues that the author brings up in this poem. Reading such a novel opens the mind!

Have Lots of Things to Do?

Order an essay on our site and you will feel less overwhelmed. Our experts will deliver your task asap! 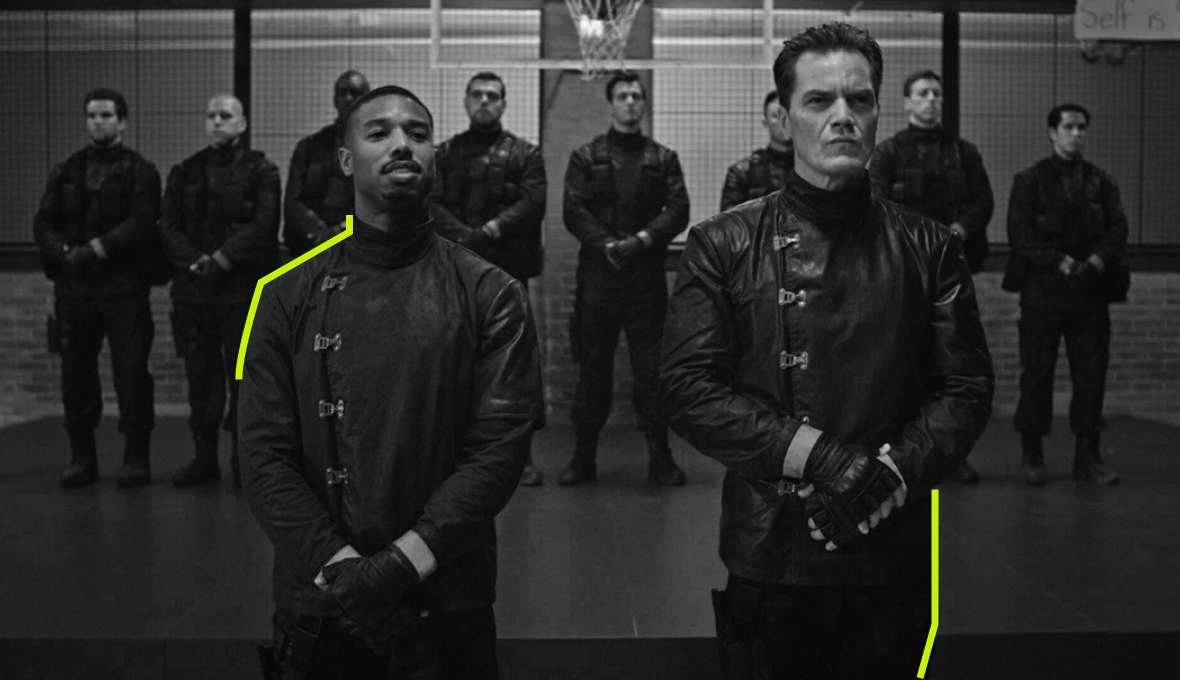 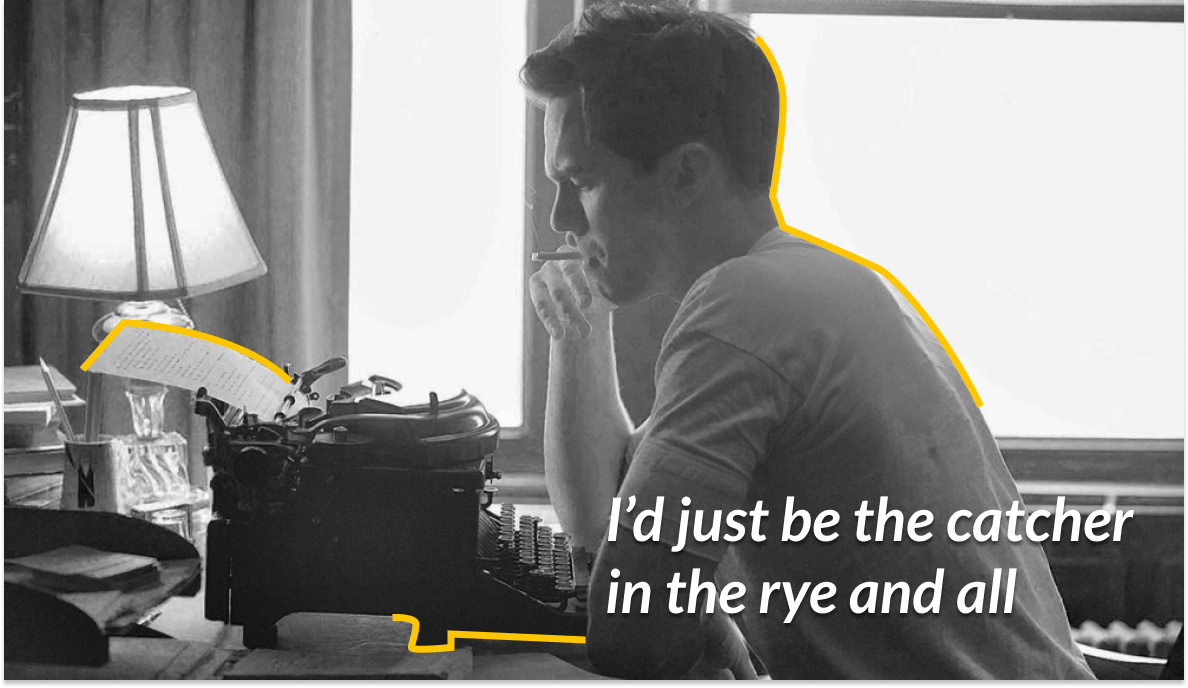 Literature Reviews
The Catcher in the Rye Summary
May 11, 2022
10 minutes
Read More 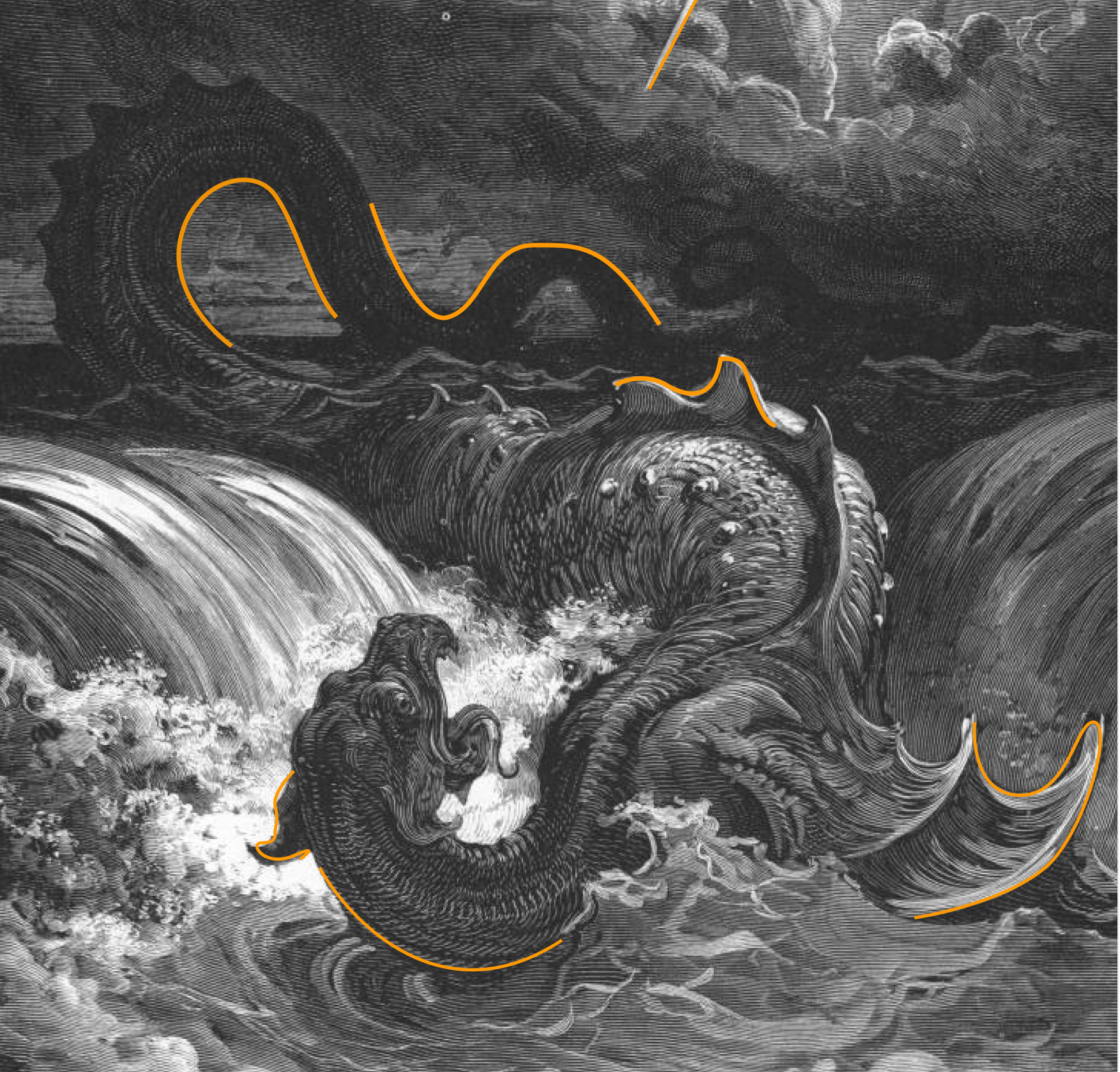